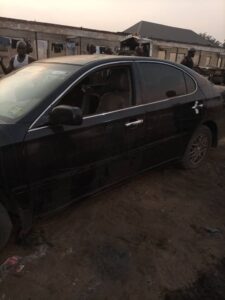 The Commissioner of Police in Anambra state , Mr Echeng Echeng has assured residence of the state that the command is firm and ready to enhance public safety and peace in the are.

He made this promise in a press statement made available to newsmen by the Police Public Relations Officer , Mr Tochukwu Ikenga in Awka.

The promise followed the gallantry performance of the Command Operatives who successfully repelled an attack at Uli Police Divisional Headquarters on Friday.

It says due to the superior fire of the police operatives, the attackers abandoned one of their operational vehicles, Lexus 330 black colour and fled the scene.

The statement confirms that the Police Station is in good condition and no personnel or arm was lost.

Meanwhile the area has since been reinforced by the operatives of the command and operations ongoing.

The PPRO says Further details shall be communicated later.

PMB: Calls for inclusion of youths in governance