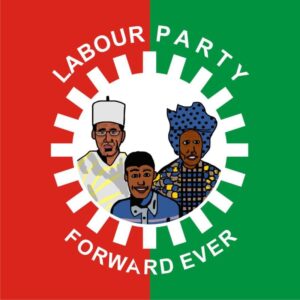 The Labour Party, LP, has expressed worry about recent attacks on the Independent National Electoral Commission INEC Offices by hoodlums.
B In a statement by the Head Obi-Datti Media Organisation, Diran Onifade, described the attacks as a great threat to the conduct of the 2023 elections.
According to Onifade many materials needed to the conduct for the next year’s elections, particularly the yet to be collected Permanent Voters’ cards were destroyed by the inferno.
The Labour Party noted that such attacks could hinder the conduct of free, fair and credible 2023: elections

The Labour Party called for proactive measures to protect INEC facilities across the country as well as contain further reoccurrence of such incidents.
The statement also urged the government to bring the perpetrators of the heinous act to book to serve as deterrent to others