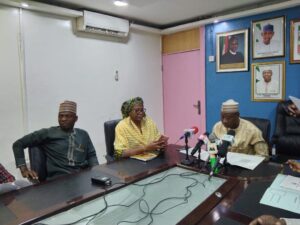 The Federal Capital Territory Administration (FCTA) has said the Reintroduction of it’s “park and pay policy” scheduled to comence fully by the end of first quarter of 2023 is targeted at addressing disturbing traffic issues in the territory.

Director, Traffic Management of the FCT Transportation Secretariat, Mr Wadata Bodinga who made this known at a briefing in Abuja, said the policy is expected to curb indiscriminately parkings in the City Center.

He said the policy became necessary in view of the rise in the population of the residents that is leading to heavy competition among motorists, with it’s resultant traffic obstruction and congestion ,capable of exposing pedestrians to road hazards.

Mr Bodinga who assured that all the legal issues that led to the suspension of the scheme had been resolved since 2019, revealed that measures are in place to effectively monitor the staff to avoid high-handedness and victimization of residents.

” There is a sanction for concessioners that goes against the rules. we also took measures… to checkmate the activities of touts who may want to hijack the process. I want to state categorically that the scheme is not targeted on revenue generation ,but on the protection of infrastructures and to enhance easy of doing business in the Capital City”

According to Mr Bodinga the present state of the FCT Traffic irregularities will be addressed by the scheme to the barest minimum as well as promote efficient parking management system.

“This new park and pay policy will increase safety and security of vehicles and pedestrians, improve aesthetic, beautifying of green verges, flowers and protecting of walk ways from the motoring public. It will also reduce traffic and pollution”.

” While On-street parking scheme may seem over bearing for some users, the scheme will impact positively on the FCT residence on economic activities through improving customer experience and promoting efficient parking management system “.

“FCT Administration had embarked on various measures aimed at addressing the concerns raised by the Court and the public with regards to the scheme, the administration in collaboration with its legal team produced FCT Parking Regulations 2019 to amend the parking section of 2005 FCT Road Transport Regulations,” Bodinga said.

,
Mr Bodinga added that the first phase of the exercise which is designed to be human friendly will commence in Maitama Asokoro and Wuse areas of the Federal Capital City (FCC).

PMB Has Fulfilled One Of His Cardinal Promise By Signing Electoral Act Amendment Bill Into Law- Barr. El-Sudi

RAINFALL: A trail of devastation, as rain swepts many homes