IMMIGRATION : The command issued over 5000 passports under five months 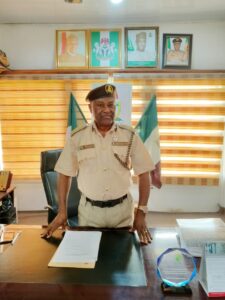 Niger state command of the Nigeria Immigration Service says it has issued five thousand six hundred and eighty three passports to various applicants that aplied from march this year to date.

Controller of Immigration in the state Mr Samuel Nongo stated this while addressing Newsmen in Minna.

Mr Samuel Nongo said of the number three thousand passports are for the twenty twenty two pilgrims from Niger state.

He further explained that though there were some little delays in the issuance of international passports it was due to hajj operation stressing that applicants on emergency requests such as those seeking medical attention and students that intend to travel were given prominence.

According to him under the new policy Nigeria Immigration Service now issued international passports and renewals both within three and six weeks respectively.

Fielding question on if there is any case of passports racketeering or fraud in Niger state command of the Nigeria Immigration Service Mr Samuel Nongo who said no also insisted that officers and men of the service are responsible and committed to their jobs coupled with his policy of zero tolerance on corruption.

He further explained that to avoid fraud in the process of obtaining passports applicants are encouraged to applied online effect payment and download before coming for capturing.

Mr Samuel Nongo however commended the Acting Comptroller General of Nigeria Immigration Service Alh Idris Jere for his renewed efforts at promoting professionalism in service and called for collective efforts to succeed.