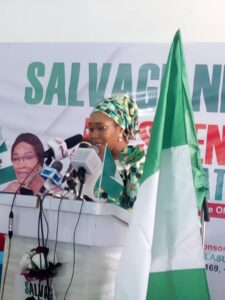 According to her, gender based violence refers to violence directed to a person based on gender.Saying that the menace is becoming rampant in the society.

The director stressed that legislations, education, information dissemination, identifying root cases of societal problems, believing /supporting victims,women empowerment and zero tolerance to GBV, as some of the ways of mitigating the problem.

She charged government, and relevant stakeholders to treat gender based violence as a public health issue, by establishing centers to treat and counsel victims.

He highlighted that, assault and battery are major offenses in GBV as section 19 of the Nigerian constitution, had set aside stiffer sanctions, for anyone found guilty of battering his or her spouse.

Barrister Nura, charged students to join the fight aginst GBV by advocating for the speedy passage of the Kano state child protection bill.Saying that that, if passed the law would go a long way in protecting children aginst all forms of oppression.

“Child right act is another important law at the national level”

In her closing remarks, CITAD’s gender officer, Hajiya Zainab Aminu maintained that, individuals should serve as an ambassadors and champions by contributing their quota to the fight aginst gender based violence.

While commending the large turn out of students, she charged participants to use the knowledge gained judiciously by sensitizing others to curb the menace in the state and nation in general.