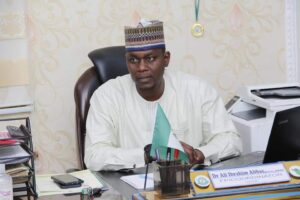 The uprising of the Jihadis’ elements popularly known as the Boko Haram in northeastern Nigeria which has Maiduguri the Borno State capital as its epicenter entered the 13 years.

The crisis has turned millions of people into IDPs while others continue to remain refugees in neighboring countries.
It was also established that the13 years old insurgency has so far claimed more than twenty five thousand innocent souls.

Recently, the Nigerian Army has confirmed that the troops have neutralizes dozens of terrorists and destroyed their base “Caliphate” runs by both the Boko Haram and its splinter group called ISWAP.

According to the Troops of 401 special force, the efforts were made possible by troops in conjunction with 19 Brigade Baga while on offensive clearance operations between Cross Kauwa and Gudumbali in Borno State.

Adding that, in the early hours of Wednesday 26 January 2022, troops of 25 Task Force Brigade Damboa, Borno State, destroyed and burnt the stronghold of the Boko Haram/ISWAP elements comprising their popular Night Market at Gumsuri location.

Similarly, in Yobe State, one of the frontline states where counter insurgency spearheaded by the Nigerian Military is ongoing , the Police Command on Wednesday confirmed the abduction of Babagana Kachalla, an Assistant Head Teacher, Central Primary School, Buni Yadi of Gujba Local Government.

Others involved are : Abubakar Barma, Haruna Barma, Modu Bukar and Hajiya Gana, the incident took place at Madiya Village, while they were on transit to their respective places of work.

The Police Spokesman of the Command, ASP Abdulkarim Dungus confirmed that one person named Mallam Gana was later released by his abductors.

Long before now, the Federal Government of Nigeria as a post insurgency effort which is aimed at re-construction, rehabilitation and resettlement in the region has constituted the North Development Commission, NEDC saddled with the responsibility of rebuilding the whole region.

Sequel to this, stakeholders in the rebuilding of North East region reconvened in a forum, on Tuesday in Abuja , to brainstorm on North East stability as well as developing master plan,following years of wanton destructions executed by islamist jihadis.

Speaker after speaker participants who spoke during the opening session of the event which held at the Transcorp Hilton, Abuja, stated that they are happy at moment simply because all they expected were included.

The meeting was intended for consultation – as directed by the Mr. President, Muhammad Buhari’s to constantly liaise with the relevant federal Ministries, Departments and Agencies,MDAs, states and other developmental partners for the implementation of all programs and initiatives and proper utilization of funds released for intervention in the whole North East Political Region.