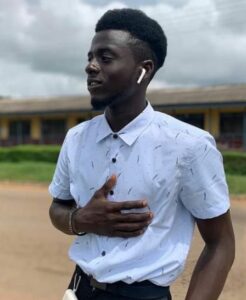 The Ondo State Police Command has confirmed that a 300 level student of the Federal University of Technology Akure, Olona Joseph Oluwapelumi has allegedly committed suicide.

Radio Nigeria gathered that the student committed the act at his off campus lodge around Aule area of the State capital on the early hours of Saturday.

The department of industrial design student was reported to have taken his own life by hanging for reasons suspected to be connected to depression and financial constraints.

Findings by our reporter revealed that his close friends in the early hours of Saturday went to his room and discovered it was locked, after several calls without response, the door was broken.

Upon gaining entry, his body was discovered hanging with the buckets with which he aided the act.

Confirming the incident to Radio Nigeria, the Spokesperson of the Ondo State Police Command, Mrs Funmi Odunlami-Omisanya said the corpse of the FUTA student had been deposited at the mortuary while investigation would start on the incident.