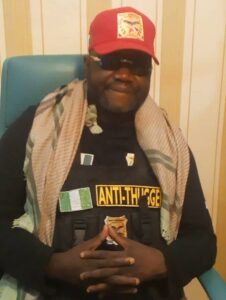 The Zamfara State Anti Thuggery Committee has assured its readiness to address all forms of political thuggery and others crimal activities in the state.

The State Chairman of the Committee, Bello Soja Bakyasuwa disclosed this in an interview with newsmen in Gusau the state capital shortly after the demolishing of the structures by his operatives.

Bello Soja Bakyasuwa said his men has demolished one of the APC campaign office in Gusau the state capital over an alleged committing social vices by the occupants of the structure located very close to government.

He said that, the action taken by his committee followed an intelligence report made available to them by some partrotic nigerians, explaining that the occupants of the party office were not campaigning for APC but in disguise committing crimes.

Bakyasuwa added that, the committee is working 7/24 to fight against political thuggery, drugs abuse and other related criminalities especially before, during campaign ss 2023 election is drawing nearer to ensure peaceful campaign and election in the state.

He appealed to political parties and politicians to cooperate with the state anti thuggery committee in its efforts to ensure peaceful electioneering campaign and elections in the state.

He also called on parents to inculcate moral values to their children in order to become useful members in their respective societies so as to contribute their quota towards development of the state and the country at large.

Bakyasu also called on governments at all levels as well as wealthy individuals to assist the committee to discharge its mandate effectively as security issues is everybody’s business.

According to him, the committee is facing challenges interms of mobility and other logistics.